We were really lucky that the week we are in Sydney is the first week of their Sydney Fest, which is kind of an awesome mix of unique artsy performances and free events scattered throughout the city. We wanted to do something unique and different while in Sydney and this seemed like the perfect fit.  Sandra started looking into it and found this underwater performance. We watched the following video and we knew we had to go!  So weird, errie, cool, mesmerizing… etc.

After working that day we made our way to Carriage Works, where the performance was taking place.  There was this incredible huge installation by a local artist that was designed specifically for the architecture at the Carriage Works building.  Wow! 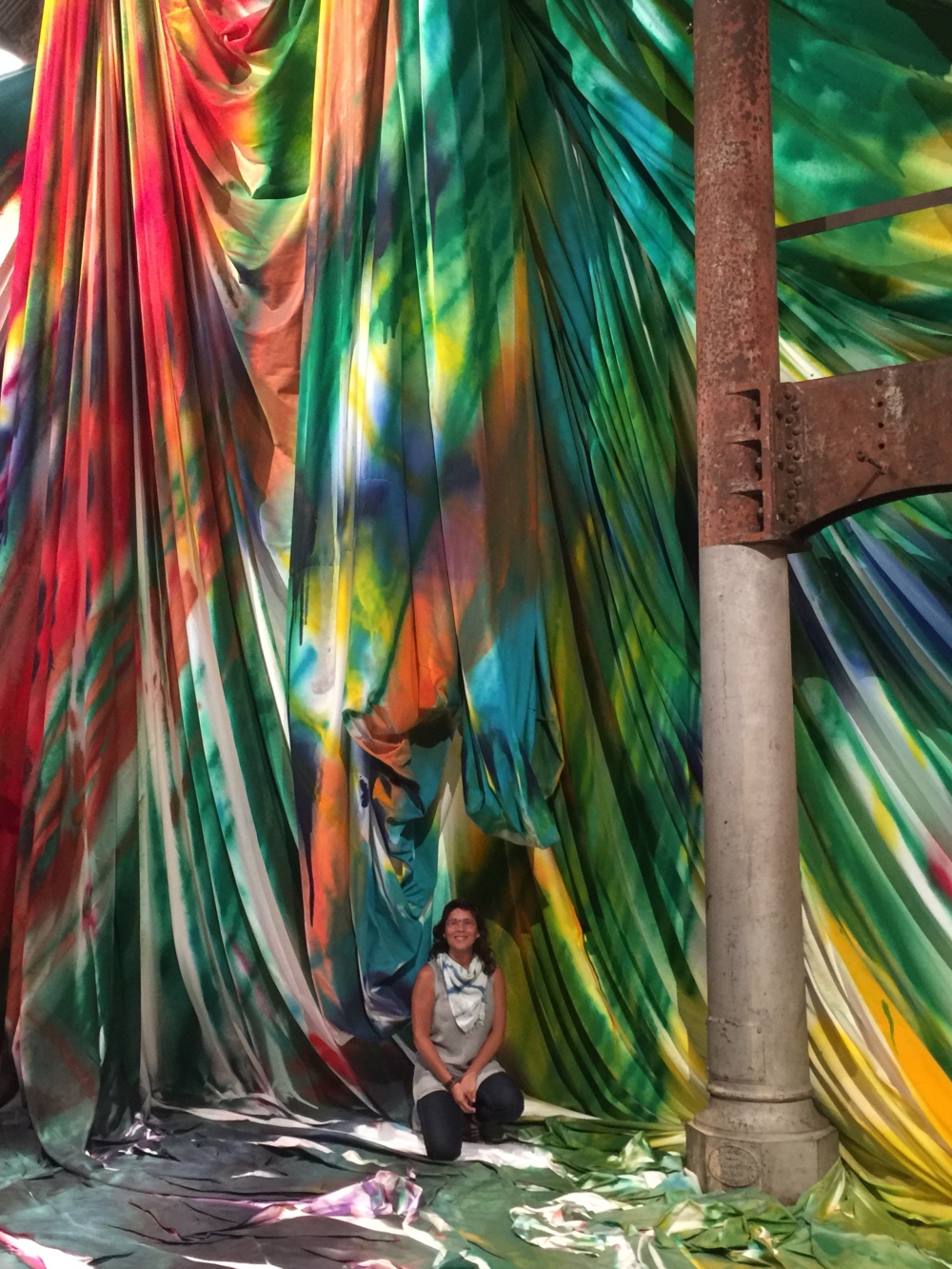 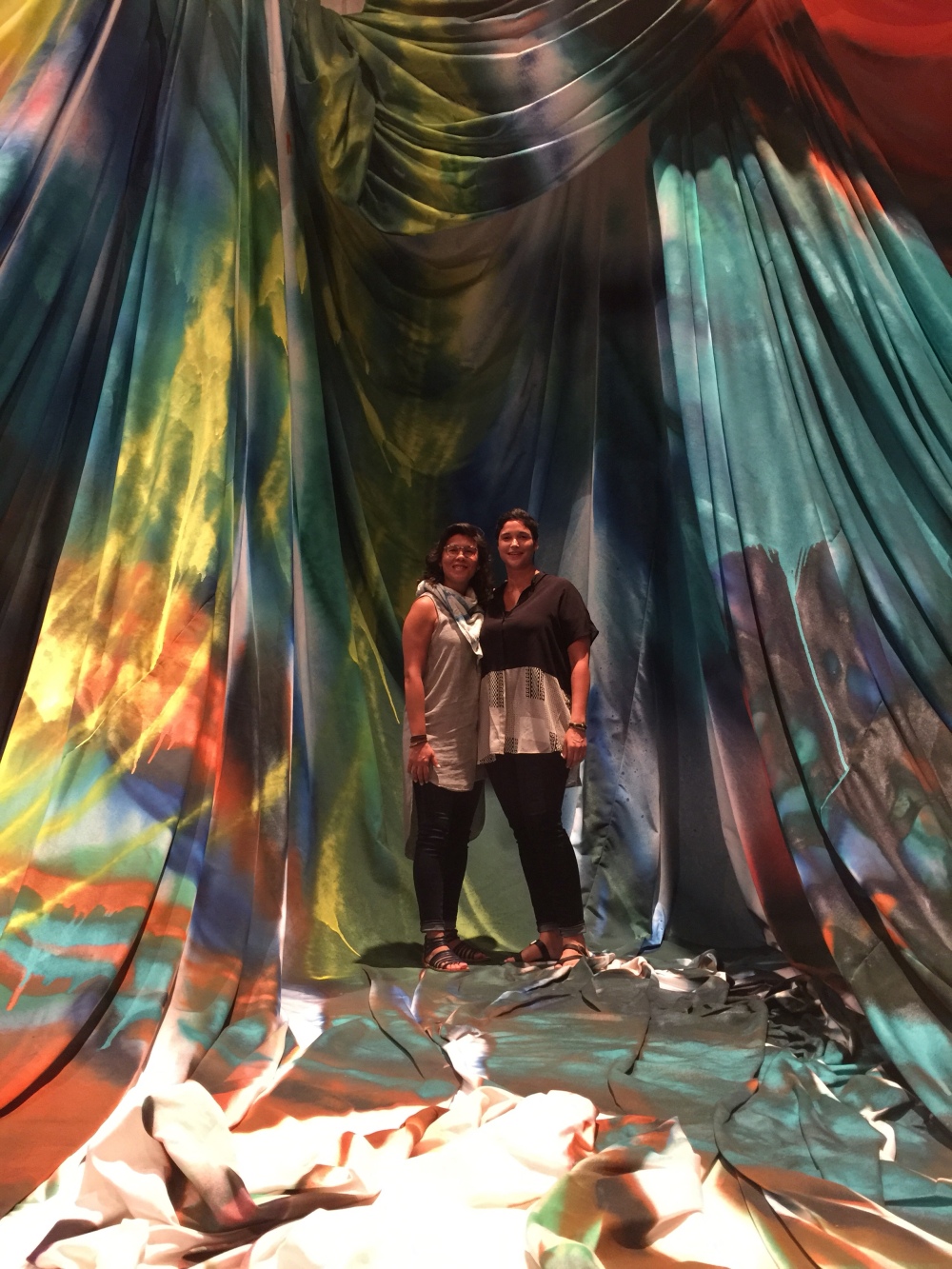 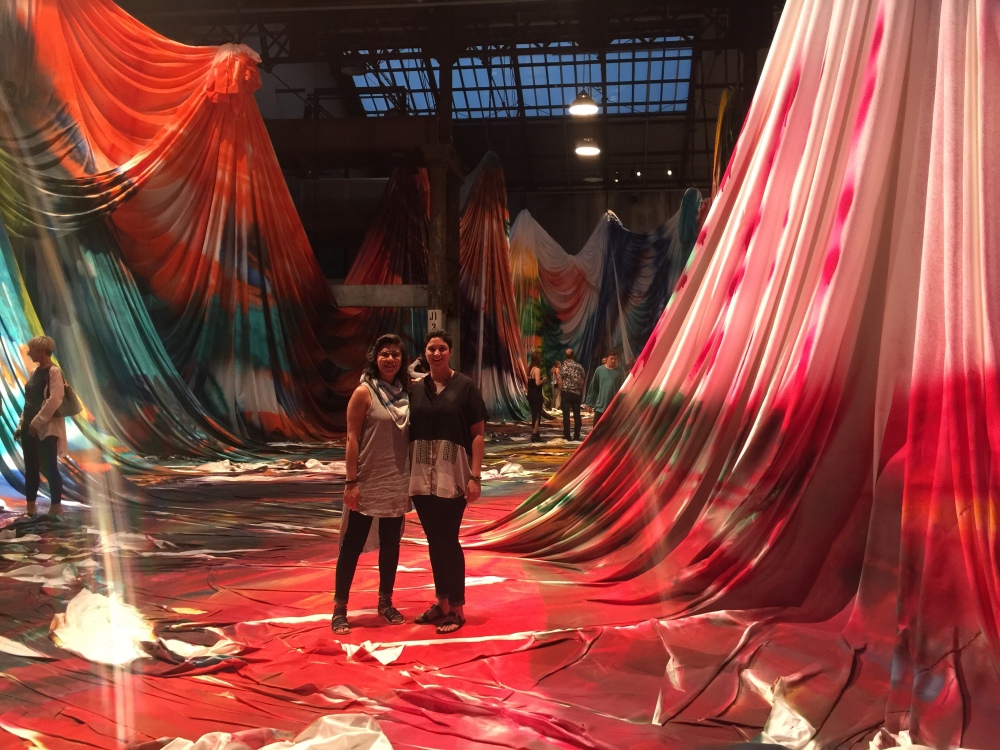 The performance took place in a black box theatre with stadium seating.  So pretty much every seat had a great view. There were 5 tanks of water lifted on steel frames sitting in a pool of water on the stage.  Each tank had the instruments that each single performer would use. In the front of the stage there were 5 clear glass cylinders filled with water and illuminated from below. The lights slowly turned on in one tank and the most amazing performance we’ve ever seen had started… then another tank became illuminated and a violinist started performing, under water! 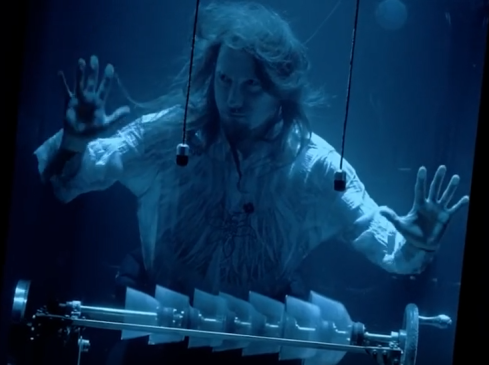 One of the songs was using the 5 cylinders of water.  Each vessel had a small tube that ran back to the individual tanks of water that the performers were in.  They each were creating bubbles in their cylinders. Playing back and forth and teasing each other until they broke out into a full orchestra of bubble sounds.  Don’t know how to describe it other than it was funny, cute, and so creative.

Wow! Wow! Wow! Afterwards we talked to the muscians and they explained that all the instruments were custom built for them. I want them to come tour in the US.